As the Harvard professor Davíd Carrasco put it, “[n]o topics have inflamed more argument and confusion about Aztec and Maya cultures than ‘human sacrifice’ and ‘cannibalism’” (440).

These topics formed the central theme of my Junior Research Project, as I was fascinated by both the complex ceremonial world of Aztec human sacrifice and the ways in which it has been misrepresented and exaggerated from the Spanish conquest of Mexico onward.

Since the moment Hernán Cortés landed in Veracruz, Mexico, human sacrifice has been seen as the most objectionable part of Aztec society. To the Spanish, it was the most offensive aspect of the pagan religion practiced by the native inhabitants of Mexico, and became the object of much Spanish propaganda which was published with the intention of demonizing the Aztecs and shocking Europeans back in the Old World.

As I read about the ways various Spanish conquistadors and friars described human sacrifice, the irony of the situation became more and more obvious. Here, agents of the Spanish empire were using a practice that took several thousand lives annually to justify a colonial project which led to the deaths of many millions through disease and violent conquest. Although sacrifice was objectionable, clearly the priorities of the Spanish were not really altruistic.

Why did the Aztecs sacrifice? Although in the past, Aztec (and Maya) human sacrificial practices have been characterized as bloodthirsty and uncontrolled— as Rutgers professor Camilla Townsend puts it, “orgies of violence”— we now know that sacrificial rituals were regulated by highly specific traditions, performed on certain days and usually involving the sacrifice of about one to five victims, excepting special occasions. Sheffield historian Caroline Dodds Pennock calculates that about 500 victims were sacrificed annually according to the Florentine Codex, a post-contact manuscript written by a Franciscan friar, Bernardino de Sahagún, who drew his information from the indigenous Mexicans he lived with (282).

More importantly, Aztec sacrifice was highly political. Both the priest and the victim held symbolically charged roles. The priest represented the Aztecs and their patron god, Huitzilopochtli. The victim represented the enemies of the Aztecs, as well as Huitzilopochtli’s sister, Coyolxauhqui, who he had defeated in battle according to Aztec myth. Sacrifice was practiced publicly to enforce a nationalist idea of Aztec dominance upon the spectators, who were common folk but sometimes included the visiting nobility of other nations. Wars were fought by the Aztecs with this ideal in mind, and with the motive of expansion as well as the capture of warriors for later sacrifice. Casualties were more likely to take the form of sacrifices than battlefield losses. 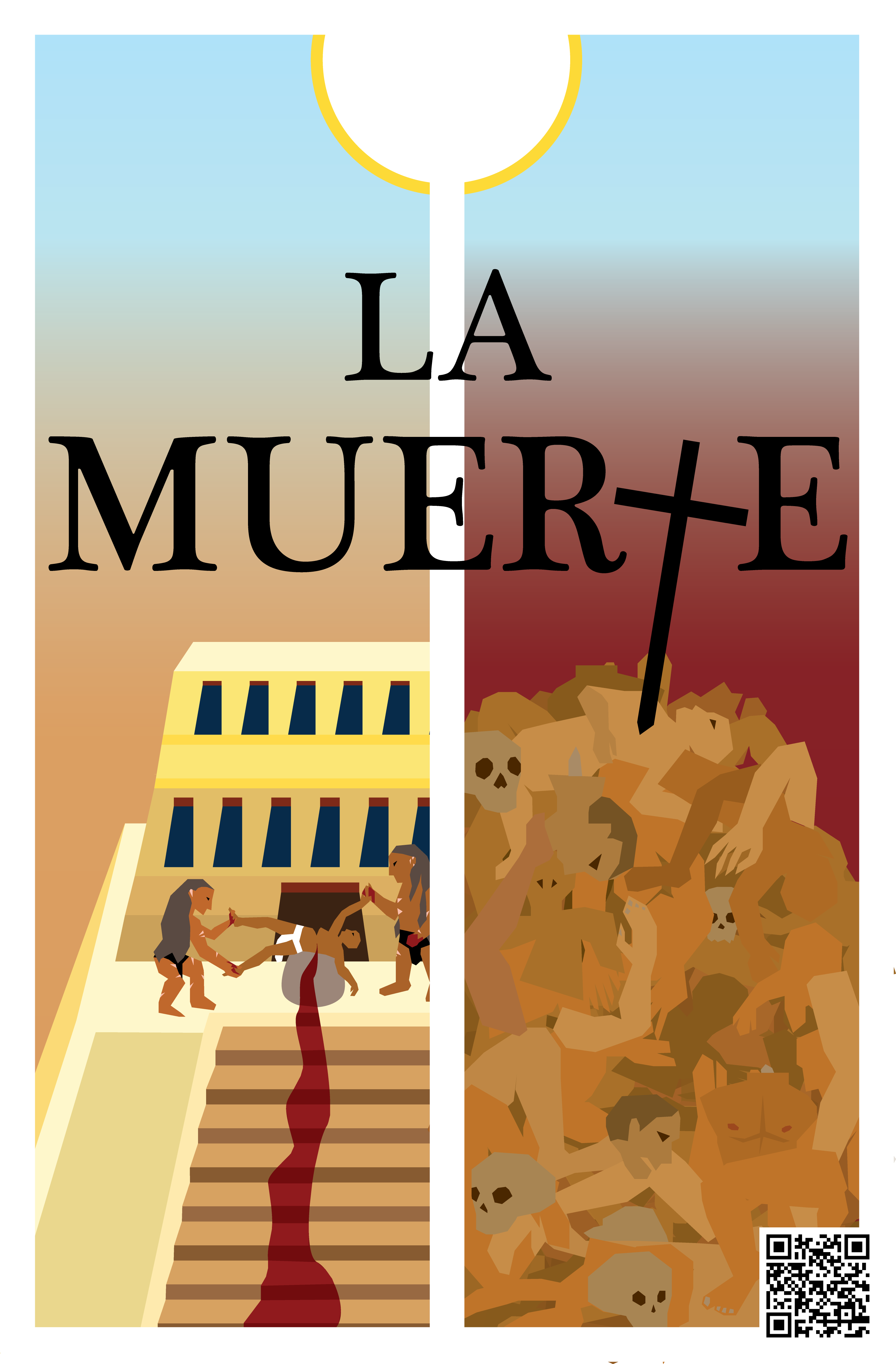 Bernal Díaz del Castillo, one of the men of Cortés, describes the priests (or papas) thus:

"The habit those papas wore were dark robes, like priests’ cassocks, and long gowns down to the feet with something like hoods that looked like the ones canons wear, and others wore smaller hoods like the Dominicans. They wore their hair very long, to the waist, some even to their feet, and the hair was covered with caked blood and so very tangled that it could not be pulled apart. Their ears were cut to pieces, the result of sacrifices, and they reeked of brimstone, and they had another very bad odor, like dead meat. From what they said and what we came to understand, those papas were sons of the chieftains and did not have wives, but they engaged in the cursed practice of sodomy, and they fasted certain days. What I saw them eat were certain kernels or seeds of cotton when they were separating the bolls from the seeds, but they may have been eating other things I could not see" (Díaz del Castillo, 95).

My depiction of the Aztec priests, with long matted hair and bodies covered in scars, is taken from this account.